Cece has been on the British burlesque seen for a few years now and has a reputation for her professionalism, her polished performances and her sheer likeability.

END_OF_DOCUMENT_TOKEN_TO_BE_REPLACED

Yaaas Queen! After a short break Here’s looking at you returns and in this sickening podcast, Dr Ellen Wright has a discussion with thin, white and salty New York comedy queen and Ru Paul’s Drag Race alumni Miz Cracker.

Having met on the afternoon of Cracker’s last date on her sell-out UK It’s Time tour, Cracker wowed Ellen with her charisma, uniqueness, never and talent, not to mention just how sweet and frank she was.

END_OF_DOCUMENT_TOKEN_TO_BE_REPLACED 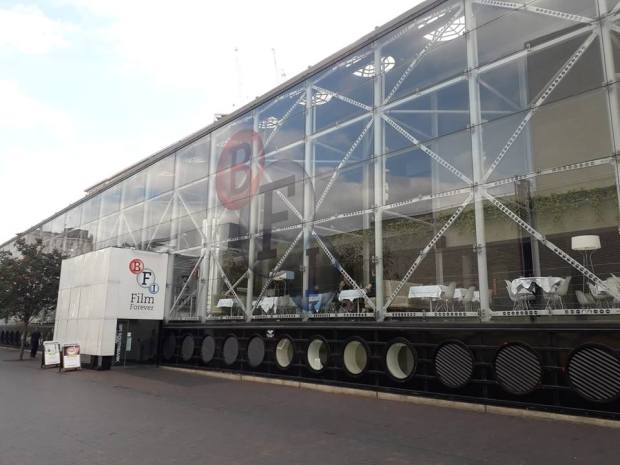 In this podcast, Dr Ellen Wright has a discussion with film programmer at the BFI Southbank, Anna Bogutskaya.
The pair discuss the current Joan Crawford retrospective, ‘Fierce: the untameable Joan Crawford’ and associated public talk that Anna programmed.

END_OF_DOCUMENT_TOKEN_TO_BE_REPLACED

As part of the Women in Hollywood symposium I talked with lawyer Jill Greenfield of FieldFisher solicitors, who is currently pursuing the civil case against Hollywood producer Harvey Weinstein for alleged sexual assaults.

END_OF_DOCUMENT_TOKEN_TO_BE_REPLACED 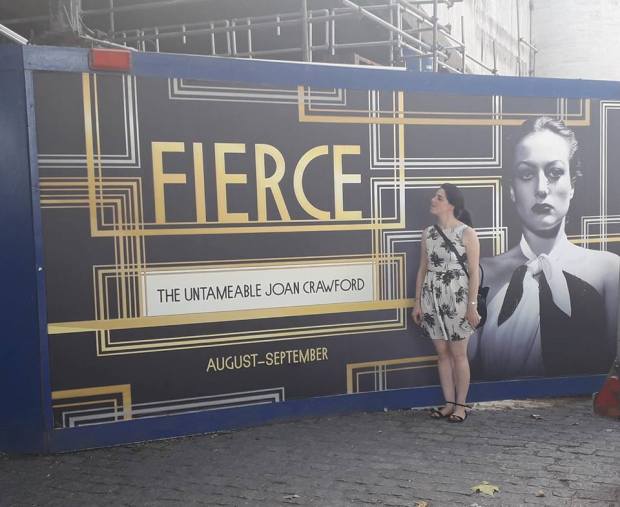 Last week I got my finger nails painted ‘Jungle Red’ and headed down to the BFI Southbank to an afternoon of talks about the ultimate Hollywood star, subject of a major BFI retrospective and star of The Women (where her character Crystal wears the eponymous shade of polish) and Mildred Pierce – two Hollywood classics which will be on nationwide re-release next month – Joan Crawford.
The event was part of Fierce: The Untameable Joan Crawford, a two-month season ‘revelling in the formidable and versatile Hollywood star’ which runs between August and October and featured three female speakers (look mum, no mans!) Sight and Sound critic Pamela Hutchinson, Senior Lecturer in Film Studies at Queen Mary University of London Lucy Bolton and journalist and broadcaster Samira Ahmed. The three speakers all talked about their affection for Crawford and about various aspects of her stardom and performances. As I am just putting the finishing touches to a journal article about film star fan club magazines and invisible film star labour, which uses Crawford as a case study, I was keen to hear what these three experts had to say.

END_OF_DOCUMENT_TOKEN_TO_BE_REPLACED

I love the Doing Women’s Film History conference.  This year’s, held at Southampton and organised by Shelley Cobb, Linda Ruth Williams and Natalie Wreyford, is the fourth. I’ve been to the last three.

I love the conference’s atmosphere and whilst male scholars are great, to be frank, I like the fact that 98% of attendees are women. It makes for a very unique conference experience.

At This year’s DWFTH though, that atmosphere, which has always been special, was all the more so.
END_OF_DOCUMENT_TOKEN_TO_BE_REPLACED

Inspired by the upcoming Women in Hollywood symposium and by broader current events in the US film industry, in this podcast I talk with American scholar and invited speaker at the symposium, Kerry McElroy. Kerry is an interdisciplinary scholar currently based at Concordia University in Montreal, who researches and writes on women’s exploitation in Hollywood. She has written on the casting couch, on ethnicity in Hollywood and much more.

END_OF_DOCUMENT_TOKEN_TO_BE_REPLACED

This blog post contains a number of resources you may find of use prior to and during the symposium discussions surrounding the current and historic poor treatment of women in the American film industry. Simply click on the image to be taken to the resource.

Currently these resources focus heavily on the recent context, but this is not intentional.

These resources collected here are in no way exhaustive. I’d like this to grow and I would very much welcome further suggestions as to what to add here.

END_OF_DOCUMENT_TOKEN_TO_BE_REPLACED

The Women In Hollywood symposium on May 28th is FREE to attend but booking your place in advance is essential, even if you are presenting at the event.

To do this simply visit our Eventbrite page here and fill in the short form.

Once you have completed this short form, you will receive a confirmation message and an email confirming your booking and giving you further information about the event.

If you have any queries please feel free to email ellen.wright@dmu.ac.uk

To ensure that participants across a range of career stages and wage brackets are part of the conversation at the Women in Hollywood symposium, there is no registration fee to attend, but we are aware that there are other costs involved in attending.
To help cover the cost of attending, the Cinema and Television History research centre at DMU will be offering a travel bursary to a limited number of postgraduate students whose research interests link with the symposium and who want to attend this event.
The CATH MA Travel Bursary is a competitive fund for exceptional students completing or who have recently completed MAs but who are not registered for a PhD.
You don’t even have to be presenting at Women in Hollywood to be eligible to apply.
Email me ellen.wright@dmu.ac.uk for a form or if you have any further questions.

I was recently interviewed by PhD candidate Becky Jones* for Phoenix Talks – her podcast in association with the Leicester’s independent cinema, the Phoenix.

Becky kindly invited me to talk with her about biopic The Battle Of The Sexes which recently ran at the cinema. The film tells the story of the famous tennis match of the same name that took place in 1973 between Billie Jean King and Bobby Riggs.

I wanted to talk with Becky about some of the ways in which this film raises issues around the media representation of sporting women’s bodies (which are often understood to be a problem as the power and potential they convey means they aren’t feminine or pliant enough) about toxic masculinity and about feminism. It’s a bit rambly, but hey, it was the end of term!

Here is a link to the podcast: