Yesterday I went on what seems to be coming an annual outing with my friend and burlesque promoter/producer Lady Wildflower to that thar London.

Having enjoyed our trip to see the magnificent Imelda Staunton playing Rose in Gypsy at the beautiful Savoy theatre last year, this year we took a trip to see the musical stage adaptation of Mrs Henderson Presents at the Noel Coward theatre.

We are both big fans of the film, starring Dame Judi Dench and the late, great Bob Hoskins as the ultimate showman, Vivian Van Damm and we were keen to see how it would translate as a musical. Reviews had been good.

As you can probably guess from our photo, we had a wonderful time.

In terms of setting, the theatre was lovely and the staff were extremely helpful. The performances were excellent, the music/songs were great and the sets were great too. I particularly liked the way in which the stage space and the auditorium were used. We, the audience we repeatedly pulled in to the action. This made the piece even more affecting, like you were part of theatre history and it was happening around you. I’m not going to lie, I cried at several points. As a historian I’d love nothing more than to be able to travel back in time and actually go to a Windmill show.

Of particular interest to me was the way the myth around the Windmill was developed and used in the piece. The notion that the theatre ‘never closed’, that in the best theatrical tradition ‘the show must go on’ and that notion of the British stiff upper lip were all invoked here. This ‘we never closed’ story and how it still pervades to this day, is one of the key things that fascinates me about the Windmill, so the play itself was of huge interest to me.

Because of the historical context of the play (it runs from around 1932 when Laura Henderson buys the theatre, to the end of WWII), there was ample opportunity for heavy handedness and crude patriotic flag waving. I’m not going to lie, considering the furious debate that is currently raging in advance of the EU referendum, I REALLY didn’t want to hear a treatise on British bulldog spirit, how awful Germans/europeans are and how we are the best nation in the world. Having spent the last 8 years of my life researching life for women on the British home front, for my PhD, I know things during WWII were much more complex than that and being a good patriot meant many things.

This piece did not fall into lazy stereotyped notions at all. It was extremely nuanced and incredibly sad as it showed us the effects of war on individuals caught up in and devastated by events much bigger than themselves but who felt compelled to put on a fresh face of make-up, keep calm and carry on.

Obviously there was artistic licence here, but the piece itself, to my mind and based on my research really captured the spirit of the place during that very difficult period. I thoroughly enjoyed it. 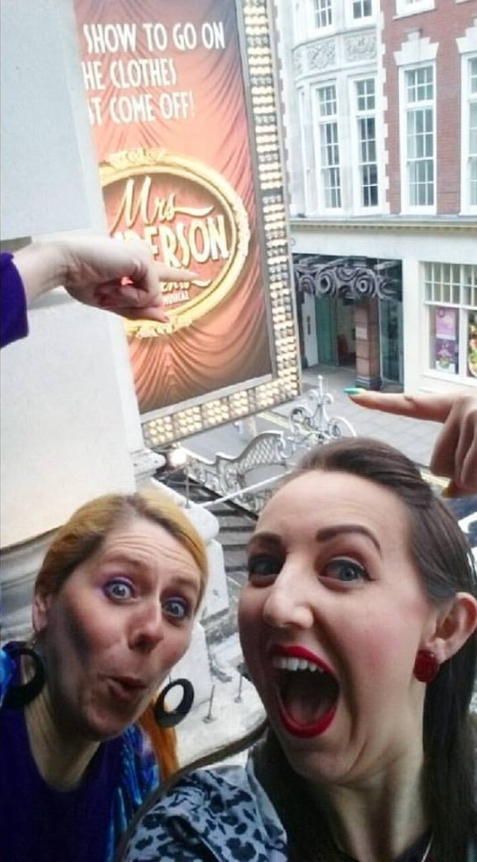